An introduction to HTTP evolution

As per mdn docs, the definition of HTTP is –

Hypertext Transfer Protocol (HTTP) is an application-layer protocol for transmitting hypermedia documents, such as HTML. It was designed for communication between web browsers and web servers, but it can also be used for other purposes.

HTTP follows a classical client-server model, with a client opening a connection to make a request, then waiting until it receives a response.

HTTP is a stateless protocol, meaning that the server does not keep any data (state) between two requests. Though often based on a TCP/IP layer, it can be used on any reliable transport layer; that is, a protocol that doesn’t lose messages silently, such as UDP.

In this blog I will be talking about evolution of HTTP from v 1.0 to 2.0 and try to answer the following questions –

1. What was there is a particular version ?

2. What were the problems faced which generated the need to create a more advanced version ?

Let’s take example of a simple webpage with 24 resources (images), that need to be fetched from the server. If we try to open this webpage in the older version of browser which supports HTTP/1.0 then you will see that every time a new request comes up, browser made a new connection request to the server which impacts the performance of the webpage.

The download time would be negligible but still the payload will take time as there would be a series of request/response.

So, making up of a new connection every time was major the drawback of HTTP/1.0

Imagine if we still use this version for our modern websites.

HTTP/1.1 was developed by analysing the drawbacks of earlier version.

Some important features were –

Some of the ways to reduce number of requests to the server in order to render a web page are there to improve the web page performance. These solutions are widely used and can be considered as a cheat sheet for the connection reuse concept of HTTP/1.1. 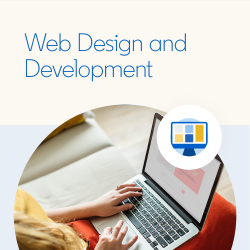 Some of them are –

But all these hacks introduce complexity in development and maintenance of the web application. Like having too many TCP connections introduce some unwanted effects like protocol overhead and connection stealing capacity from other applications that use fewer connections.

So, what is the solution now ??

Main change is how the data is framed and transported between the client and the server, all other features from HTTP/1.1 are as it is.

HTTP/1.1 performance techniques are harmful. They will make a HTTP2 website slower, so you don’t need to use them.This is an introduction to HTTP evolution which will give you a basic idea about all versions of HTTP. I will add a practical example showing all the features of HTTP/1.1 and HTTP/2 with comparison.

Thanks for reading this 🙂

**This website contains affiliate links and The CS blog will be compensated if you make a purchase after clicking on the links.

We use cookies to ensure that we give you the best experience on our website. If you continue to use this site we will assume that you are happy with it.OkPrivacy policy